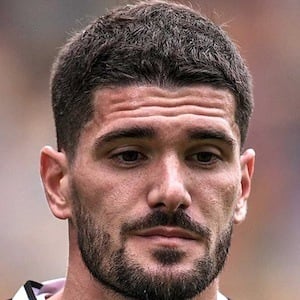 His youth career first began with the Racing Club academy in 2002. After several years training with the club, he moved up to their first team in 2012. In 2014, he began playing for Valencia and in 2016, he joined Udinese.

He scored his first professional goal in March of 2013 in a match in San Martin de San Juan.

He was born and raised in Sarandi, Argentina and shared a photo with his extended family to Instagram in January of 2018.

Marek Jankulovski is a fellow professional football player known for also playing as a left winger on the Udinese club.

Rodrigo Javier De Paul Is A Member Of