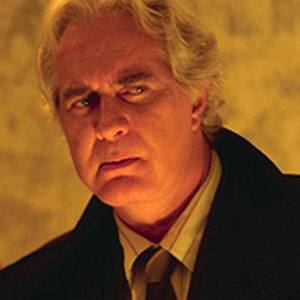 Versatile actor whose best known for soap opera roles such as The Rich Also Cry and Tomorrow is Forever.

He started his career in Spanish Westerns which featured American Western aesthetics and scenery.

He played a villain role in the 2009 telenovela Los Exitosos Pérez.

He was born in Aguascalientes, Mexico. He had sons Aldo and Carlo with wife Maribel Robles.

He dubbed the voice of King Theoden in the second and third installations of the Lord of the Rings film franchise which starred Ian McKellen.

Rogelio Guerra Is A Member Of