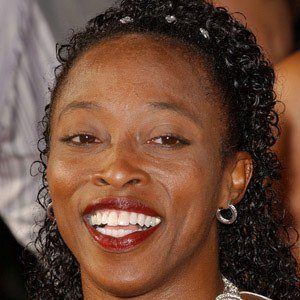 Competed in the Olympics three times as a track super star, performing in track and field events for the US Olympic Team.

She was diagnosed with Graves' disease and underwent intensive treatment, but she miraculously was able to recover and continue her Olympic training for the 1992 Olympics.

She grew up in National City, California with her family, where she attended Sweetwater High School.

She was the first American woman to retain the Olympic 100 meters title since famous Olympian Wyomia Tyus.

Gail Devers Is A Member Of