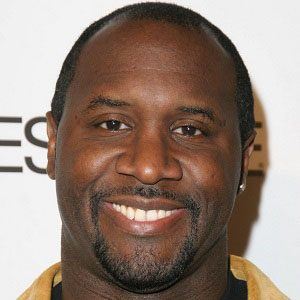 Known best for his work with Tyler Perry, he produced the TBS comedy shows Meet the Browns and Tyler Perry's House of Payne and also helmed When Did I Get Married?, Madea Goes to Jail, and numerous other Tyler Perry films. Apart from his work with Perry, Bobb directed and produced the popular sitcom The Rickey Smiley Show.

While enrolled in the Assistant Director Trainee Program of the Directors Guild of America, Bobb worked with Mike Nichols and Woody Allen.

Over the course of his career, he received numerous NAACP awards and nominations.

Born in Canada and raised in New York City, he grew up in a family of Guyanese heritage. He became engaged to long term partner Demetria McKinney in January of 2016; the couple called it quits later that same year.

Kyla Kennedy is one of the stars of Raising Izzie, a made-for-TV movie produced and directed by Bobb.

Roger Bobb Is A Member Of