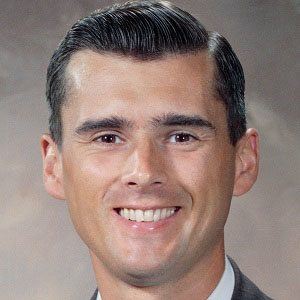 A posthumous recipient of the Congressional Space Medal of Honor, this NASA astronaut was killed during the 1967 Apollo 1 disaster, in which a fire broke out during a pre-flight demonstration at Florida's Cape Kennedy (Cape Canaveral) Air Force Station.

Prior to his work with NASA, Chaffee attended the United States Naval Academy and the Illinois Institute of Technology and received an Aeronautical Engineering degree from Purdue University. He went on to become a U.S. Navy aviator.

He was one of the three capsule communicators assigned to the 1965 Gemini 4 mission.

He grew up in Grand Rapids, Michigan. His marriage to Martha Horn began in 1957 and produced children named Sheryl and Stephen.

He and Virgil Gus Grissom were two of the three astronauts killed aboard the Apollo 1; Edward H. White was the third.

Roger B Chaffee Is A Member Of