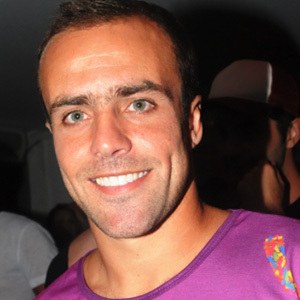 Former soccer star who has served as a commentator for SporTV and Rede Globo. During his playing days, he played for the Brazilian national team as well as clubs like Fluminense FC, Corinthians and Qatar FC.

He lived in Rio de Janeiro, Brazil and began his youth career with Fluminense.

He received the Bola de Prata as the best player in Campeonato Brasileiro in 2001.

He played alongside Fabio Aurelio at the 2000 Summer Olympics.

Roger Galera Flores Is A Member Of