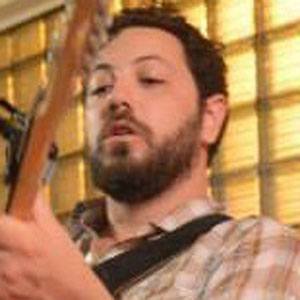 Ohio-based gospel singer known for acclaimed roots records like Jukebox Manifesto and Lay My Rituals Down. He was backed by bands such as the Whiskeyhounds, the Magpies, and the Hurt.

He grew up influenced by early folk and blues and got his start performing acoustic blues songs in Kent, Ohio.

His Jukebox Manifesto album was named one of the best roots records by The Arkansas Times and various music publications.

His 2001 album, Golden Gloves, was inspired by the death of his father.

His music was often compared to that of singer and songwriter Ryan Adams.

Roger Hoover Is A Member Of