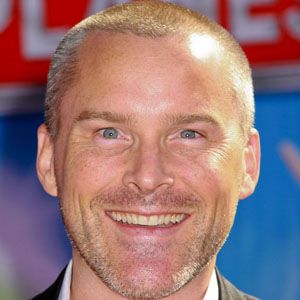 Known for voicing various characters in the Assassin's Creed, Sonic the Hedgehog, Resident Evil, and Batman video games. From 2011 to 2015 he provided his voice for the Emmy Award-winning TV series Regular Show.

He graduated from Chapman University's College of Film and Media Arts in 2003 with a degree in screenwriting. He gained recognition as a finalist in the Nicholl Fellowships in Screenwriting contest.

He has been hired as a voiceover artist by such major companies as Sony, the Cartoon Network, Disney, and Microsoft Game Studios. He was also a former stand-up comedian.

He was born in Michigan and raised in Orange County, California. He later settled in Chatsworth, California.

In 2010, he replaced fellow actor Jason Griffith as the English-language voice of Sonic the Hedgehog.