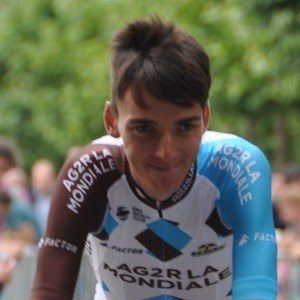 Cyclist who joined AG2R La Mondiale in 2012. He finished third overall in the Tour de France and first in Stage 12 in 2017.

He turned professional in 2013 and showed promise in the third round of the Tour of Turkey, which involved the mountains.

He finished sixth overall in the Tour de France in 2014.

His father is Philippe Bardet and his sister is Lisa Bardet.

He and cyclist Nairo Quintana were both born in 1990.

Romain Bardet Is A Member Of