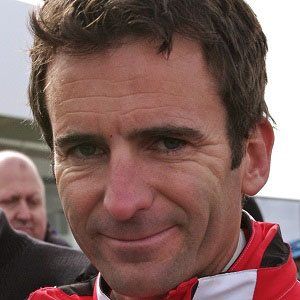 French race car driver best known for winning the 24 Hours of Le Mans race in 2010. He has raced as a member of teams like Freisinger Motorsport, Pescarolo Sport and Porsche Motorsport.

He was born in Alex, France and got his start racing karts in 1992.

He won the 2014 Pikes Peak International Hill Climb in Colorado in a Norma M20 ca designed specifically for the race.

His father Maurice is also a race car driver.

He and Germany's Frank Biela are both winners of the world-famous 24 Hours of Le Mans race.

Romain Dumas Is A Member Of