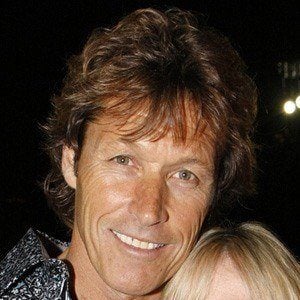 NHL center who spent the bulk of his 12-year career with the New York Rangers. He recorded 274 goals and 346 assists across his career.

He was drafted 13th overall by the New York Rangers in 1977.

He returned to hockey in the minor leagues to give his children a chance to see him play, since they never had the opportunity when he was with the NHL.

He married model and actress Kim Alexis. The couple has a son.

He was in the 1981-82 NHL All-Star Game, along with another great centre from Ontario, Canada, Wayne Gretzky.

Ron Duguay Is A Member Of