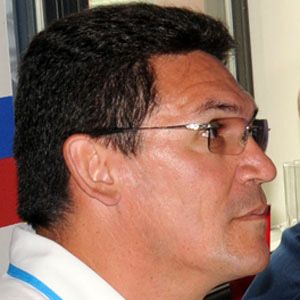 He served as defensive coordinator for the Chicago Bears during their run to Super Bowl XLI where they lost to the Indianapolis Colts.

He has two children, Christopher and Courtney, with his wife Stephanie.

He began coaching quarterback Cam Newton on the Carolina Panthers in 2011.

Ron Rivera Is A Member Of