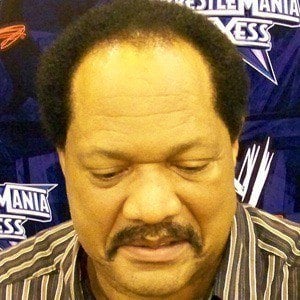 Longtime wrestler and football player known by the ring name Faarooq, who became the first African American world champion in wrestling history. He was inducted into the WWE Hall of Fame in 2012.

He was drafted by the Cleveland Browns in 1981, after being a two-time All-American defensive tackle at Florida State University.

He won wrestling championships in the WWE, WCW, as well as world titles in ECW and WWF.

He was a member of the Nation of Domination wrestling stable with Dwayne Johnson in the late 1990s.

Ron Simmons Is A Member Of