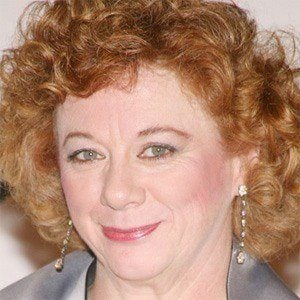 Tony Award winner for Best Performance by a Featured Actress in a Play for her role of Mattie Fae Aiken in August: Osage County. She also played Madame Morrible in Wicked.

She was a mainstay with the Steppenwolf Theatre Company through her career.

She had other starring Broadway roles in The Rise and Fall of Little Voice and The Grapes of Wrath.

She was born in Dixon, Illinois and is a graduate of Illinois State University.

She starred as Mike's mother on the series Mike & Molly, starring Melissa McCarthy.

Rondi Reed Is A Member Of