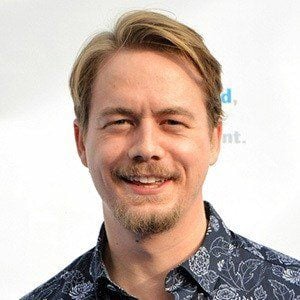 Television actor best known for his role as Ned Banks in the CBS series Ghost Whisperer. He also played the role of Kyle Anderson in the sitcom Last Man Standing.

He developed an interest in acting at the age of 9, when he began training at the Flat Rock Playhouse in North Carolina.

After making his film debut in 2006, he took on a smaller, darker role playing opposite 12 year-old Dakota Fanning in the controversial film Hounddog.

He was born in Arden, North Carolina.

Christoph Sanders Is A Member Of