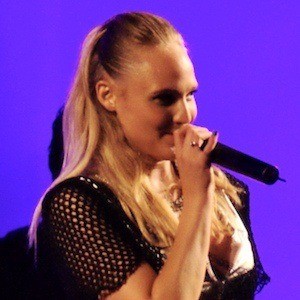 Gold certified pop singer and actress who first became known in 2004 for the release of her debut album The World Outside My Door. She went on to release the gold-selling followup Won't Stop Pt. I in 2005.

She was a performer from an early age, singing and dancing alongside her sister.

She has been a host for numerous Israeli children's programs including Rosh Gadol and HaMakom HaAmiti.

Her sister, Yael, is also an actress and has appeared in several soap operas. She married Chen Moncaz in 2010 and they had their first son, Nuri, in 2016.

Harel Skaat was featured on her single "Elohim Sheli."

Roni Duani Is A Member Of