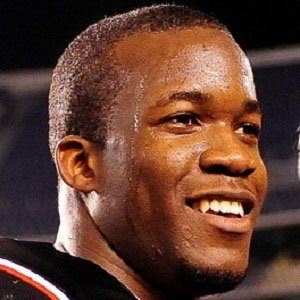 Speedy running back who made his NFL debut with the Denver Broncos in 2012. He helped the team win Super Bowl 50 in 2016.

He scored an impressive 15 touchdowns during his final season at San Diego State University in 2011.

He scored his first rushing touchdown in week 11 of his rookie NFL season.

He was raised with a sister and three brothers.

He became teammates with the great Peyton Manning on the Broncos in 2012.

Ronnie Hillman Is A Member Of