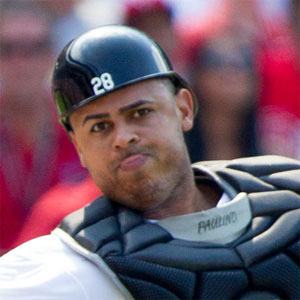 The Pittsburgh Pirates signed him when he was only 16 years old.

He signed a minor league deal with the Detroit Tigers in 2013.

He was born in Santo Domingo, Dominican Republic.

Left fielder Jason Bay was his teammate on the Pirates from 2005-2008.

Ronny Paulino Is A Member Of