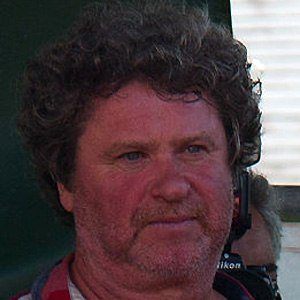 English comedian who wrote and starred in the short-lived series Chelmsford 123. He was also a regular panelist on the BBC1 sport-themes show They Think It's All Over.

He was a member of Cambridge's Footlights Dramatic Club after studying at Redruth Grammar School and Emmanuel College, Cambridge.

He was a regular on the panel show They Think It's All Over and he starred in the BBC's Three Men in a Boat series.

He married his Cambridge sweetheart Tori after they both divorced from their first spouses.

He guest-starred on an episode of Who's Line is It Anyway? with host Clive Anderson.

Rory McGrath Is A Member Of