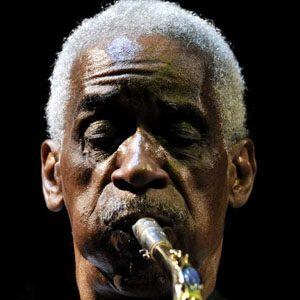 Avant-garde saxophonist who is considered a jazz iconoclast by the New York Times. He was an early member of the Association for the Advancement of Creative Musicians.

He started playing saxophone as a young adolescent and performed in the band while he was in the United States Army.

He helped found the Creative Arts Collective and the Sound Ensemble, an offshoot of the CAC.

He grew up in Chicago, Illinois and was raised in a musical family.

He was selected by Jeff Mangum to perform at All Tomorrow's Parties in 2012.

Roscoe Mitchell Is A Member Of