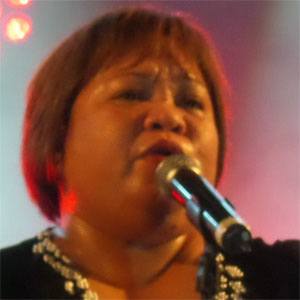 Filipino singer best known for winning the first season of "X Factor Israel". She released her debut album "My Way", on June 8, 2014.

She was the lead singer for a bar band in Tel Aviv before auditioning for "X Factor Israel".

She moved to Israel to work as a caregiver for an ailing sixty-year-old woman in 2008.

She has come out as a lesbian.

She sang the Shirley Bassey song "This Is My Life" for her first audition on "X Factor Israel".

Rose Fostanes Is A Member Of