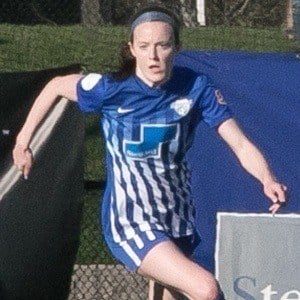 Midfielder who helped the U.S. women's national team win the 2019 World Cup. She has also played for the Boston Breakers of the National Women's Soccer League and the Seattle Sounders Women.

She played for the University of Wisconsin-Madison women's soccer team.

In 2015, she was a semifinalist for the Hermann Trophy.

Her parents' names are Marty and Janet. She has a brother named John and two sisters named Nora and Mary.

Both she and Adriana Leon played for the Boston Breakers.

Rose Lavelle Is A Member Of