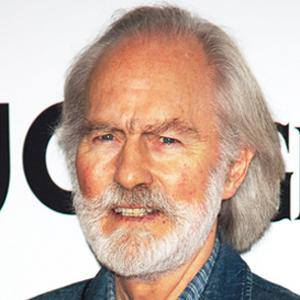 English folk rocker who has greatly influenced his contemporaries such as and younger artists such as Fleet Foxes.

He, like many British rockers, started his career as a teenaged skiffle artist. He was inspired to play music by artists like .

His songwriting is greatly influenced by nineteenth century romanticism and other poetry.

His mother Muriel died shortly after his birth.

He is a friend and a great musical influence of Jimmy Page of Led Zeppelin.

Roy Harper Is A Member Of