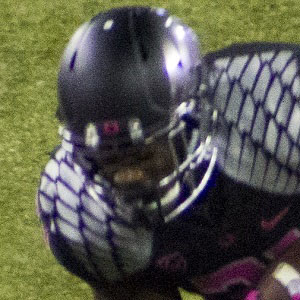 Running back who began his college football career with the Oregon Ducks in 2014 and was named Pac-12 Offensive Freshman of the Year. That season, he won the Rose Bowl with the Ducks and made an appearance in College Football Playoff National Championship Game against the Ohio State Buckyes.

He was a star player at Imperial High School in Imperial, California, where he set numerous San Diego Section records.

In his first season at Oregon, he set school freshman records for rushing yards with 1,353 and rushing touchdowns with 19.

His parents are Roy and Sheila Freeman. He has a brother named Robert.

He has played with fellow running back Thomas Tyner in the backfield of the Oregon ducks.

Royce Freeman Is A Member Of