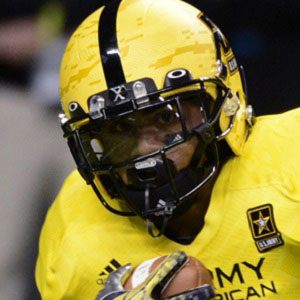 Running back who began his college football career with the Oregon Ducks in 2013 after being one of the most highly-recruited high school players in his class. He won the Rose Bowl with the team in 2015.

He attended attended Aloha High School in Aloha, Oregon, where he rushed for a state record 3,415 yards in his senior season.

He set an Oregon state record in the 100-meter dash with a time of 10.43 seconds as a high school sophomore. He later won the 2011 Metro League Championships in the 100-meters.

He has an older brother named Michael.

He took handoffs from Heisman Trophy-winning quarterback Marcus Mariota at the University of Oregon.

Thomas Tyner Is A Member Of