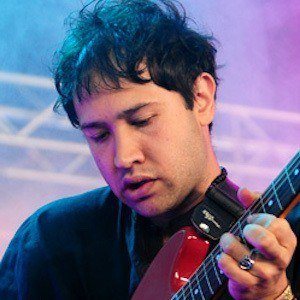 Founder, guitarist and songwriter for the band Unknown Mortal Orchestra (UMO) who have released charting albums called Multi-Love, II and a debut self-titled record from 2011.

He posted a song called "Ffunny Ffrends" in the spring of 2010 to his Bandcamp profile that was accompanied by no other information. After popular bloggers discovered it, it was at a later date that he said it was an UMO track.

He recorded UMO albums in the basement of his Portland, Oregon home.

He has a son named Moe. Before UMO, he performed in a band called The Mint Chicks for ten years alongside his brother Kody Nielson.

His band Unknown Mortal Orchestra, Sufjan Stevens, Calvin Harris, and numerous others were all billed to perform at Coachella 2016.

Ruban Nielson Is A Member Of