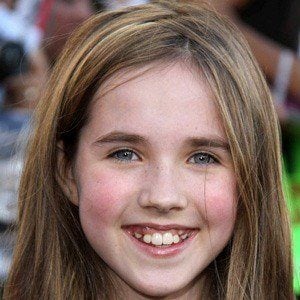 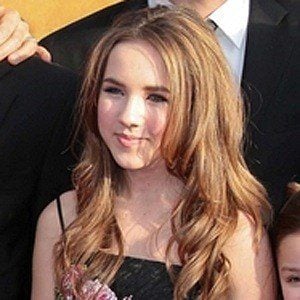 Actress who played a childhood role on the television series Nurse Jackie and appeared in the film Remember Me. She also held a role on the series As the World Turns, as Jill Talbot, from 2006 to 2007.

She made her screen debut in the 2001 film, The Wedding.

She had guest spots on such television series as Law & Order, Kidnapped, and Six Degrees.

She was born to actress Alana Jerins and visual artist Edgar Jerins. In 2007 she received a Recanati-Kaplan Excellence in the Arts Scholarship and attended LaGuardia Arts High School, NY.

Her younger sister and fellow child actress, Sterling Jerins, appeared in the 2013 horror film, The Conjuring.

Ruby Jerins Is A Member Of