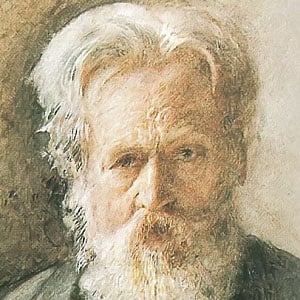 Nineteenth-century Austrian artist remembered for his architectural and landscape paintings. In 2005 and 2006, Vienna's Albertina museum hosted an exhibition of his collected artwork.

He studied in his youth at Vienna's Academy of Fine Arts. His early Alpine hiking excursions and a trip to Venice, Italy inspired the settings of many of his paintings.

His late works were influenced by Impressionism.

His father, Jakob Alt, was a renowned lithographer. His brother, Franz Alt, also had a career as an artist.

He and Expressionist painter Egon Schiele were both famed Austrian artists.

Rudolf Von Alt Is A Member Of