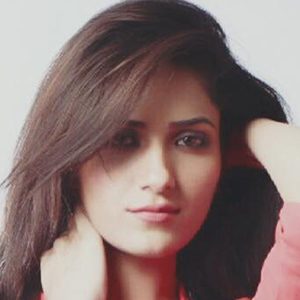 Model and Instagram star who is known for sharing both her professional modeling shots from different photoshoots along with other personal lifestyle content. She is also an actress, having appeared in several music videos. She shares her modeling photos with her over 600,000 Instagram followers.

She first began her career in entertainment as a model in 2013. After several commercial appearances and music videos, she continued to earn representation as a model from several companies. She made her debut film appearance in Kadaisi Bench Karthi.

In addition to her modeling and acting, she is also a singer and made her debut in 2013 with the song Classroom.

She was born and raised in Solan, Himachal Pradesh, India. She has a sister named Shubhi.

She has collaborated with different singers including Ammy Virk in the song Kudi Tu Pataka.

Ruhani Sharma Is A Member Of