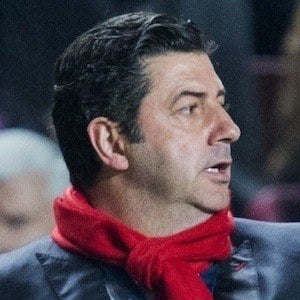 Soccer manager and former player who has won league titles as the head of several clubs, including CD Fatima, Vitória SC and SL Benfica. He was a midfielder for UD Vilafranquense and other clubs before retiring from playing in 2003.

He played for Alverca FC as a teenager before making his professional debut with Fanhões in 1988.

He has a daughter named Joana.

He has managed Lisandro López at SL Benfica.

Rui Vitoria Is A Member Of