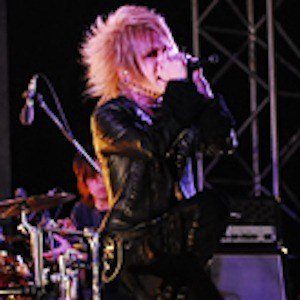 Lead vocalist and lyricist of the visual kei band The GazettE. He, Reita and Uruha founded the band before Aoi and Yune joined in 2002.

He previously performed with bands called Mikoto, Ma'die Kusse and Kar+te=zyAnose, and was even the drummer in one of them.

He had surgery for a herniated spinal disc during his high school years.

He was born Matsumoto Takanori in the Kanagawa prefecture. He has an older brother.

He is a Japanese vocalist like Kyary Pamyu Pamyu.

Ruki Is A Member Of