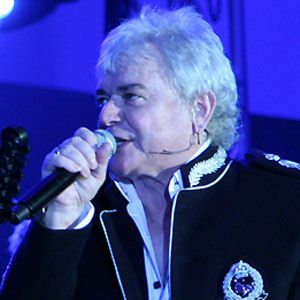 Australian singer who is known for being the lead singer of the group Air Supply who had major hits with "Even the Nights Are Better" and "Making Love Out of Nothing at All."

He worked as a salesman in 1965 after leaving school and was also the drummer and vocalist for the band 19th Generation.

He worked for a computer company for three years before forming Air Supply, which happened after meeting Graham Russell on the set of Jesus Christ Superstar in 1975.

He grew up with his family in Melbourne, Australia.

Russell Hitchcock Is A Member Of