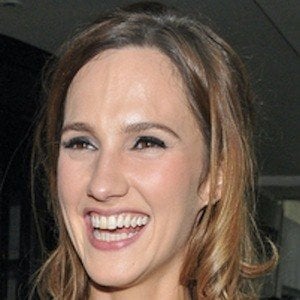 Award winning Irish actress best known for playing Antoinette Keegan in Stardust, the 2006 TV miniseries about a fire that killed 48 people at a dance club.

She left Trinity College in Dublin after three weeks to pursue acting full-time in London.

She won the Best Actress Award at the Milan International Film Festival in 2010 for her performance in In Her Skin. In the film she played a teen who murders her best friend.

She is the daughter of actress Charlotte Bradley.

She appears on AMC's Humans, alongside Irish actor Colin Morgan.

Ruth Bradley Is A Member Of