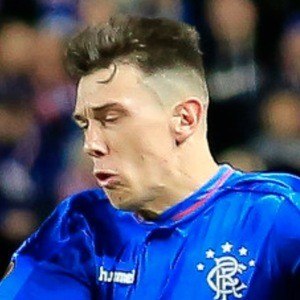 Defensive midfielder for the Rangers Football Club beginning in 2017 who was previously best known for his 17 years connected to the Aberdeen Football Club between his time with their youth and senior systems. He was with the senior club from 2010 to 2017 and made 199 appearances.

He was the SPFL Player of the Month in December of 2014. His first competitive start as part of Scotland's main national team came in November of 2019.

He was born in Aberdeen, Scotland.

He and Callum McGregor played midfield together for the Scotland national team.

Ryan Jack Is A Member Of