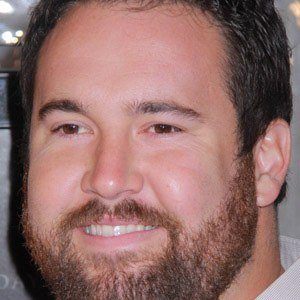 NFL center who was drafted by the Carolina Panthers in the second round of the 2007 NFL Draft. He was a two-time National Championship winner at USC.

He won the Morris Trophy for offense while playing for USC in 2006.

He signed a six-year, $49-million deal with the Carolina Panthers in 2011, making him, at the time, the highest-paid center in history.

His brother, Matt, was drafted by the Minnesota Vikings.

He appeared with Will Ferrell in a training spoof that aired on the NFL Network.

Ryan Kalil Is A Member Of