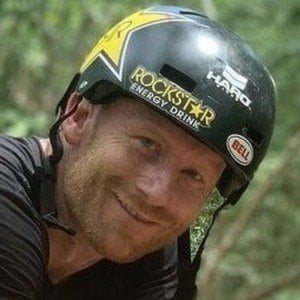 Professional BMX rider who is known for competing in a variety of X Games contests in both Jumping and Bike Park events.

With a passion and talent for the sport at a young age, he began riding professionally in 1995. He then competed in his first X Games competition in 1996.

He has won several awards and medals for his BMX riding including the 2004 ESPY for Best Action Sports as well as the Gold Medal at the Grand Palais BMX Contest through Red Bull Skyline.

He was born and raised in Los Gatos, California.

As a professional BMX rider, he is similar to other professionals including Daniel Dhers, Scotty Cranmer, and Jamie Bestwick.

Ryan Nyquist Is A Member Of