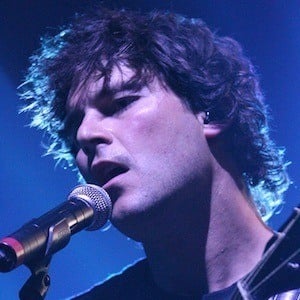 He befriended future Nickelback members, the Kroeger brothers, as a child. They started covering songs by their favorite bands before writing their own music.

He, along with his Nickelback bandmates, broke into the mainstream with the album Silver Side Up in 2001, which shot to #1 in five countries.

His family relocated to Hanna, a small farming community, when he was a child. He married Treana Peake and they welcomed two children.

He is bandmates with Chad Kroeger, who sings and plays guitar for Nickelback.

Ryan Peake Is A Member Of