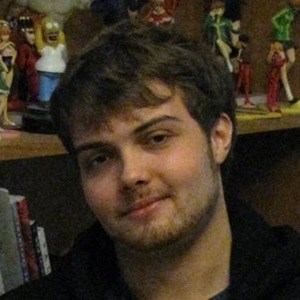 Freelance artist and animator who is known for his character designs inspired by anime and classic cartoons. He often shares his animated video content to YouTube where he uploads his diverse collection of works for his over 30,000 subscribers.

He first joined YouTube in April of 2007 when he uploaded his first animated video. He then created a Deviant Art page in 2015 where he shared additional photos of his works.

He has worked with the companies H20Delirious, LORE, Game Grumps, and Pencilmations.

Ryan Storm Is A Member Of