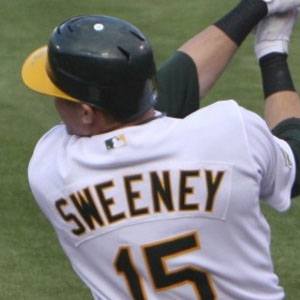 MLB outfielder who debuted in 2006 for the Chicago White Sox.

He was a two sport star at Xavier High School, playing baseball and basketball.

He played in only 33 games for the White Sox before being traded to the Oakland Athletics.

He married Natasha Lampson in 2008.

In 2011, he was involved in a big trade that sent Josh Reddick to the Athletics.

Ryan Sweeney Is A Member Of