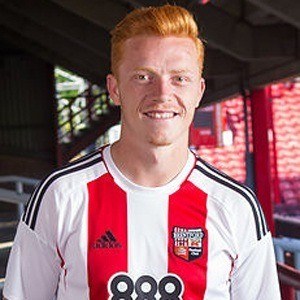 English midfielder who made his professional debut for Forest City London in 2010, went to the NASL Minnesota United in 2011, and landed on the Carshalton Athletic in 2012.

He began his youth career with the Blackburn Rovers.

He grew up with his family in Preston, England.

He played for Carshalton Athletic, where manager and former player Roy Hodgson once played.

Ryan Woods Is A Member Of