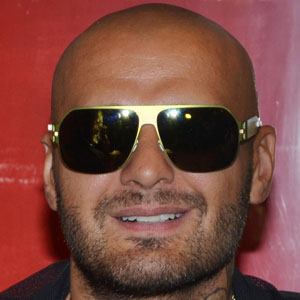 Slovak rapper who founded the rap group Kontrafakt. He gained a new level of fame after appearing as a judge on the reality talent show Cesko Slovenska Superstar.

He was born Patrik Vrbovsky in Kromeriz and became active as a rapper in 1992.

His solo single "Technotronic Flow" hit number one on the Slovak music charts.

He has dated singer Dara Rolins.

He and singer Ewa Farna were both judges on Cesko Slovenska Superstar.

Rytmus Is A Member Of