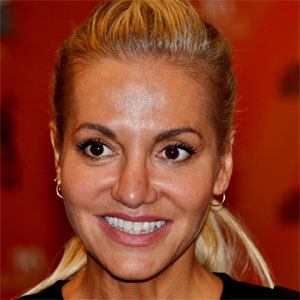 Slovak singer who rose to fame as a teenager with albums like 1986's "Darinka". She was a judge on the televised singing competition "Cesko Slovenska Superstar" in 2009.

She starred in the television musical "Zazracny Autobus" in 1981, when she was just nine years old.

She became the subject of Czech scrutiny after she posed nude for a men's magazine in 1999.

She married and had a daughter with music producer Daniel Hadl.

Her duet with singer Karel Gott, "Fang das Licht ("Catch the Light"), was a major success in Austria and Germany.

Dara Rolins Is A Member Of