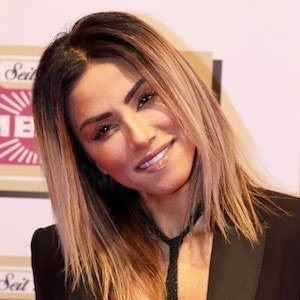 She was raised in Bad Soden am Taunus, Germany. She made her rapping debut on the Rödelheim Hartreim Projekt track "Wenn Es Nicht Hart Ist."

She is an occasional actress who has appeared in such films as Frau2 sucht HappyEnd (2001).

Her father was a banker and her mother was a nurse. She has a younger sister named Yvonne.

She collaborated with singer Xavier Naidoo on the songs "Alles" and "Freisein."

Sabrina Setlur Is A Member Of