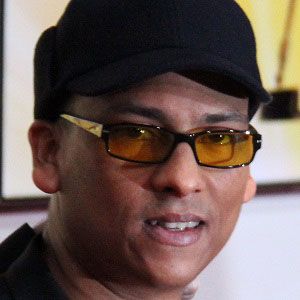 German soul and R&B singer known for his smooth voice and religiously-themed lyrics. He became a sensation in his home country in the late 90's and early 2000's with chart-topping albums like Nicht Von Dieser Welt and Telegramm Fur X.

He worked in the gastronomy industry before turning to music. He moved to the United States in the early 90's and began performing under the stage name Kobra.

In 2002, he was given the MTV Europe Music Award for Best German Act, the Comet Award for Best National Act and the Goldene Stimmgabel prize for most albums sold in a given year.

His father is Indian and German. His mother is Irish and South African.

He collaborated with Canadian-born singer Deborah Cox on the song "Souls on Fire."

Xavier Naidoo Is A Member Of