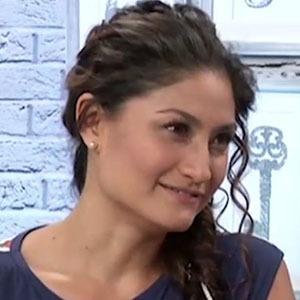 Mexican actress best recognized for her recurring roles in soap operas. She is known for having played Vicky in the 2012 series Un Refugio Papa el Amor, July in La Mujer del Vendaval, and Dolores on La Sombra del Pasado.

She studied at the Centro de Educacion Artistica of Televisa. She then made her acting debut in 2010 when she appeared as Scort in the short film Lo Que tu Ganas.

She was nominated for the Best Young Lead Actress award at the 35th TV y Novela Awards for her work on the show Tres Veces Ana in 2017. She voiced the character Amber Hole on the Spanish dubbing of the American series Parenthood from 2010 to 2015.

She was born and raised in Mexico City, Mexico to a mother who was Mexican and a father who was Japanese.

Sachi Tamashiro Is A Member Of