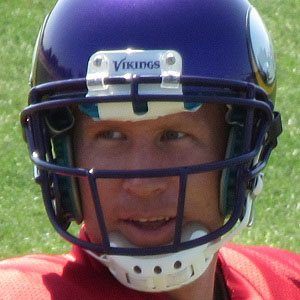 Journeyman quarterback who played for five different NFL teams from 2001-2012.

He was a quarterback, defensive back, kicker, and punter while All-State honors at Maquoketa Community High School.

He played college football at Iowa State University, before being selected in the 4th round of the 2001 NFL draft by the Washington Redskins.

He was born and raised in Maquoketa, Iowa.

He is one of a handful of football players in the National Jewish Sports Hall of Fame, joining players such as Sid Gillman.

Sage Rosenfels Is A Member Of