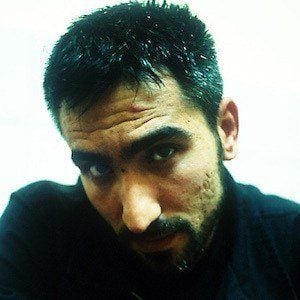 Turkish rapper who originally rose to popularity in the late 1990's while using the alias Unarmed Forces. He is known for albums like 2004's A Pessimist's Tears as well as his Pessimist series of EP's, which began in 2000.

In 1997, he moved to Istanbul, Turkey and began attending Istanbul University. Around the same time, he began performing under the alias DJ Mic Check.

His 2010 collaborative album with his wife, You in Me, was nominated for a TRT Music Award for Album of the Year.

He married fellow rapper Kolera in 2006. He has a brother named Emre.

He contributed music to the soundtrack for the 2004 film GORE, starring Cem Yilmaz.