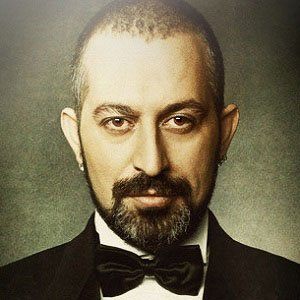 Famous for his starring roles in the Turkish comedy movies A.R.O.G.: A Prehistoric Film, G.O.R.A., and Yahsi Bati, Yilmaz is also known for his Sadri Alisik Award-winning performances in the 2006 film The Magician and the 2005 movie Organize Isler.

While studying hotel management at Bogazici University, he pursued careers as a cartoonist and stand-up comedian. The latter occupation earned him great acclaim, and he was eventually cast in his first film, the hit 1998 comedy feature Everything's Gonna Be Great.

He was on the writing team of many of the films in which he acted and was the sole screenwriter of A.R.O.G. and G.O.R.A.

He was born and raised in Istanbul, Turkey. He was married to Ahu Yagtu from 2012 until 2013. Together they had a son named Kemal.

He and Ata Demirer are both well-known Turkish filmmakers and stand-up comedians.

Cem Yilmaz Is A Member Of