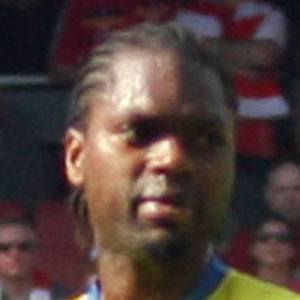 Midfielder who signed with Liverpool for £5 million following his eye-catching performance for Senegal at the 2002 FIFA World Cup. He went on to win a Football League Cup title with Liverool in 2003.

He moved to France from Senegal when he was seventeen years old and began his professional career with Monaco in 1996.

He founded the non-profit charity organization, Sport4Charity to assist needy children in his native Senegal.

He has a son named Salif Diao, Jr.

He played alongside Papa Bouba Diop on the Senegalese national team at the 2002 FIFA World Cup.

Salif Diao Is A Member Of