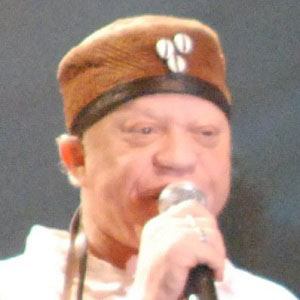 Early in his career, he was a member of a Mali-based Afro-Latin music group called the Rail Band (or the Super Rail Band de Bamako). He later joined another popular band, Les Ambassadeurs.

His music was featured at a 1988 Seventieth Birthday Tribute Concert for Nelson Mandela.

A native of Djoliba, Mali, and a descendant of first Emperor of Mali Sundiata Keita, Salif Keita was disowned by his family at a young age as a result of his albinism. He later fathered a blind daughter, Nantenin Keita, who competed in the 2008 and 2012 Paralympic Games, winning silver and bronze medals in track & field events.

Salif Keita Is A Member Of